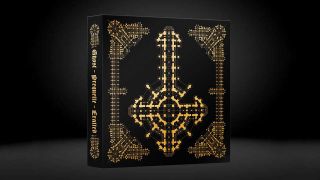 Ghost have announced a new box set. Prequelle Exalted will be released on September 20th, and is an expanded, limited edition version of their album Prequelle, voted Metal Hammer's Album Of The Year in 2018.

Limited to 5000 copies worldwide, the set is available to pre-order now, and retails for £90 in The UK.

Last month, Ghost vocalist Tobias Forge suggested that the next Ghost album would be "thematical" in nature.

Forge confirmed in February that work had already begun work on the follow-up to 2018’s Prequelle, telling Billboard that he had “tons of bits and pieces” written.

However, Ghost have previously confirmed that a new album won't be ready before 2021, so fans will have a while to wait before the new material is unveiled.

Ghost recently announced The Ultimate Tour Named Death, which will be taking place across America and Europe later in the year. Check out full dates below.