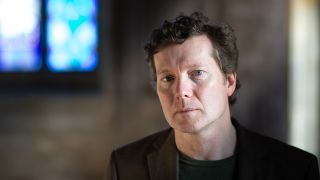 Tim Bowness has offered fans a free song to download. The Other Side gives fans a glimpse into Bowness' forthcoming new studio album, which he is in the process of working on. The Other Side has been produced by Bowness and Brian Hulse and mixed by Bowness' No-Man compatriot Steven Wilson.

"I hope you're all keeping safe in what is undoubtedly a difficult time for everybody. This seemed like an appropriate time for a giveaway," says Bowness. "The Other Side is taken from the sessions for my forthcoming solo album (which may or may not be called Late Night Laments and may or may not be released sometime before 2054).

"While other material on the album is brand new, this song, which has been wholly re-recorded and partially re-written, originates from 1986 and marked the first collaboration between Tim and his future Plenty bandmate Brian Hulse. It is not intended to be on the final release."

The Other Side features Bowness on vocals and effects, Brian Hulse on keyboards and David K Jones on bass pedals..

The OtherSide can be downloaded from Bowness' bandcamp page.