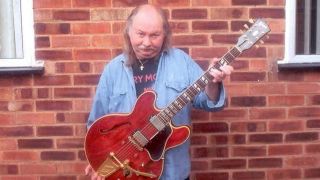 His death was confirmed by the band’s longtime drummer Steve Williams who broke the news on Facebook.

Williams says: “My friend and fellow Budgie band member John Thomas sadly passed away last night. My thoughts are with the loved ones he left behind.”

Robin Trower expressed his sadness at the news on Twitter, calling Thomas a “rifftastic guitarist.”

No cause of death has been reported.

Thomas replaced Rob Kendrick in the band in 1979 and continued to play with Budgie until they split in 1988. He came back into the fold once the band reformed in 1995 and again when they returned to action in 1999. He departed for the final time in 2002.