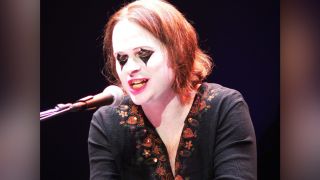 US prog outfit Discipline will make their UK debut at this year’s Summers End festival, it’s been confirmed.

The bill for the autumn weekender has been completed with the addition of Magic Pie, Abel Ganz, Credo, Light Damage and Simon Godfrey.

Co-organiser Stephen Lambe says: “We’re immensely proud that Discipline have agreed to make their UK debut with us. Matthew Parmenter and the band have been making music for 25 years and they were a vital part of the 1990s prog revival.”

Norwegians Magic Pie make their first appearance in Britain for seven years at the festival, while Abel Ganz, Credo and Godfrey are old friends of Summers End.

Lambe adds: “Luxembourg’s Light Damage may be a less familiar name, but the festival prides itself on helping discover great new acts – they may well be this year’s find.”

Weekend, Hero and Sponsor tickets are all on sale now via the festival website.

The Fierce And The Dead