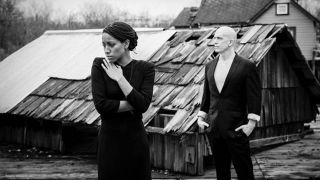 The self-titled debut album from Devin Townsend’s side project Casualties Of Cool is set for a deluxe reissue.

Originally released in 2014, concept album Casualties Of Cool will be re-released and bundled with a live DVD on January 15. The DVD features a full set filmed at London’s Union Chapel during the short run of shows that took place around the album’s launch.

A video for the track Mountaintop has been released to celebrate the upcoming reissue. It can be viewed below.

Townsend worked with vocalist Ché Aimee Dorval on the country folk rock record, which was backed by a successful crowdfunding campaign.

He said: “My childhood was full of that type of music. At Christmas my grandfather would insist on the whole family sitting around singing uncomfortably along to Johnny Cash songs and Irish stuff like the Clancy Brothers. It was a big part of my childhood, it’s not like I’m putting on a new hat here.”