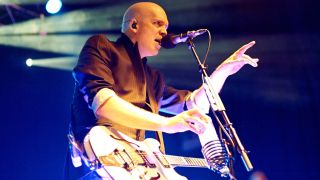 Devin Townsend has released Flight, the second promo from his crowdfunded Casualties Of Cool album.

He says of the haunting monochrome video: “Casualties Of Cool is one of my favourite things, if not my favourite thing I’ve done to date. It’s pretty left-of-centre. Now my big Z2 project and all its chaos is nearing completion, it means even more to me – a dark and quiet place to go.

“I’m proud to present the video for Flight, done by long-time friend and collaborator, Konrad Palkeiwicz. He moved to an island and filmed his interpretation of the song; I think it’s beautiful. It’s a pleasure to have the ability to do this type of music.”