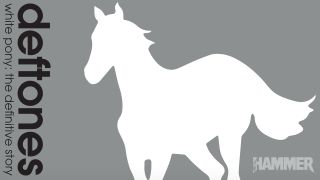 The new issue of Metal Hammer is a special edition celebrating one of metal’s biggest and craziest years – the year 2000, where nu metal ruled the world, heavy music dominated the charts and some truly incredible albums redefined our world as we knew it.

The issue stars a world exclusive new interview with Deftones as we go behind the scenes of White Pony, an iconic album that was made under the most intense circumstances, but changed Deftones’ career – and music itself – forever.

All this plus brand new features with Within Temptation, Trivium, Make Them Suffer, Nile and many more. Only in the new issue of Metal Hammer, out now.