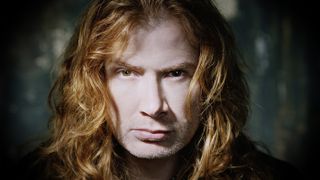 Dave Mustaine says he hopes Megadeth will release at least two more albums before he calls it quits.

The singer and guitarist was responding to a question from a fan on social media who asked how many records he hopes to release before he retires.

Megadeth’s 15th album Dystopia was released in January of this year and has been critically hailed, with Metal Hammer saying the thrash heroes “are back on the very best of neck-wrecking form.”

Dystopia features Lamb Of God’s Chris Adler on drums, though he has since been replaced by Soilwork’s Dirk Verbueren. Angra’s Kiko Loureiro joined Megadeth as lead guitarist on the album and, along with Verbeuren, is a full-time member.

Last week, Mustaine and his bandmates visited a hospital to meet a fan who had been robbed and stabbed at Megadeth’s show in Neuquen, Argentina.

Mustaine revealed that Fabian Young will be flown to Buenos Aires for the band’s upcoming show.