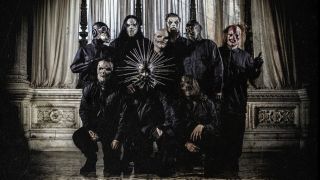 Corey Taylor says he’s keen to “write something violent” once he and his Slipknot bandmates reconvene for work on what will be their sixth studio album.

They wound down their touring duties in support of 2014’s .5: The Gray Chapter last year, and since then the members have concentrated on other projects – with Taylor’s Stone Sour preparing to release sixth album Hydrograd on June 30.

And while he recently said nothing was happening in the Slipknot camp despite bandmate Clown’s recent comments about having written “amazing” songs for their sixth album, Taylor says that once he does get back together with the band, he wants to push things in an aggressive direction.

Taylor tells Metal Wani: “I know I want to write something violent, to be honest. I want to do something that feels uncomfortable. I want to go somewhere where we haven’t been in a long, long time.

“I don’t know what that means, but I think when I hear it, I’ll know what it is.”

Asked if he thought both Slipknot and Stone Sour had yet to create their best albums, Taylor went on to say: “I think if you consider the best of your past to be the best, then you’re just constantly chasing it.

“So, for me, it’s not necessarily about what’s best, it’s about what’s next. I think when you look at it that way, you’re constantly challenging yourself.

Earlier this week, Slipknot released a short clip of their live performance of Vermilion from upcoming documentary Day Of The Gusano.

The film will launch in cinemas for one night only on September 6 and was directed by Shawn ‘Clown’ Crahan. It documents Slipknot’s first ever visit to Mexico City in 2015 and features exclusive interviews with band members talking about the importance of their fans.

Corey Taylor: The 10 records that changed my life