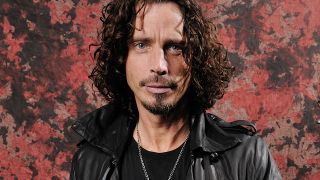 On Sunday evening in Los Angeles, the posthumously released deluxe edition of the Chris Cornell collection scooped the award for Best Recording Package, with the honour coming after Cornell’s When Bad Does Good claimed the Best Rock Performance honour at the 2019 ceremony.

To mark the double success, Vicky has issued a statement which reads: “I am grateful to Jeff Ament and everyone who helped create such a beautiful work of art from beginning to end, in loving memory and in tribute to Chris. He would be so proud!

“And a huge thanks to all the fans whose love and support have carried Chris’s legacy forward. Our children and I thank you from the bottom of our hearts for keeping his memory alive. Chris Cornell Forever!”

The collection brought together selection of Cornell’s work with Soundgarden, Audioslave and Temple Of The Dog and spanned a total of 88 tracks.

Last month, TMZ reported that Vicky had filed legal papers against Soundgarden,  claiming the band were withholding hundreds of thousands of dollars in royalties from her family.

The documents also described an “unlawful attempt to strong-arm Chris' Estate into turning over certain audio recordings created by Chris before he passed away,” with the website reporting that the rights to seven specific recordings lay at the heart of the dispute.

Soundgarden reportedly reached out to Vicky following the move, saying that prior to Cornell’s death in May 2017, the band had been "working on the files in a collaborative effort," adding: "The entire band was feeling very positive about their rekindled artistic energy and creativity.”

No further information has come to light since December.

Chris Cornell Box Set
This collection brings together choice cuts from the late Soundgarden, Audioslave and Temple Of The Dog frontman's career and features a total of 88 tracks.View Deal