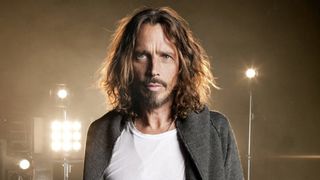 Soundgarden and Audioslave frontman Chris Cornell has died at the age of 52, according to reports.

In a statement to the Associated Press, the singer’s representative Brian Bumbery said Cornell died in Detroit while on tour with Soundgarden on Wednesday night.

Bumbery reports that the death was “sudden and unexpected” and that the vocalist’s family were in shock.

The statement goes on to say that the family would work closely with the medical examiner to determine the cause of death and have asked for privacy.

Cornell was born in 1964 in Seattle and formed Soundgarden in 1984. They went on to record six albums and had been working on their next record, which was expected to be released later this year.

Aside from Soundgarden, Cornell worked in various projects. In 1991, he, along with future Pearl Jam members Jeff Ament, Matt Cameron, Mike McCready and Stone Gossard formed Temple Of The Dog – releasing one album as a tribute to friend and late Mother Love Bone vocalist Andrew Wood.

In 2001, Cornell teamed up with Rage Against The Machine members Tom Morello, Tim Commerford and Brad Wilk in supergroup Audioslave and released three albums. They split shortly after the launch of 2006’s Revelations.