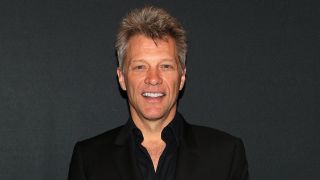 Bon Jovi will release a fan album called Burning Bridges next month, featuring a song that was written before guitarist Richie Sambora’s departure from the band.

Saturday Night Gave Me Sunday Morning is one of two new songs on the release, alongside We Don’t Run.

The first is described as a “bright pop song with a hooky chorus” while the second is “an anthem in the Bon Jovi tradition.” Both were co-written by Jon Bon Jovi and producer John Shanks. Further contents have not yet been revealed.

A band spokesman tells Billboard: “Burning Bridges, which will be released on August 21, is an album for fans and will accompany any international tour. The band is hard at work on their next album, which will see a full-scale release in 2016.”

It’s not been confirmed where the title will be available – but there’s been no official mention of a release outside Asia.

Guitarist Sambora quit at short notice in 2013, to be replaced by Phil X. Despite a public spat following the split, Bon Jovi last year said there were no hard feelings, adding: “Being in a band isn’t a life sentence.”

The band’s published dates start with a show in Indonesia on September 11 and end with one in Israel on October 3. Their last full release was 2013’s What About Now.