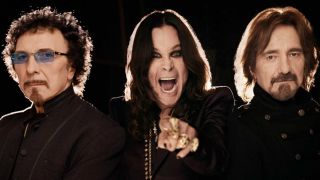 Black Sabbath have confirmed they’ll play their last-ever shows in the UK and Ireland in early 2017.

Earlier this week, fans shared an image of a flyer from the Download festival showing the proposed dates. Now the band have confirmed them – and their final two performances will take place in their home town of Birmingham.

A statement reads: “It started nearly five decades ago with a crack of thunder, a distant bell ringing and then that monstrous riff that shook the earth. The heaviest rock sound ever heard.

“In that moment, heavy metal was born, created by a young band from Birmingham, England, barely out of their teens.

“Now it ends – the final eight shows ever by the greatest metal band of all time, Black Sabbath. Ozzy Osbourne, Tony Iommi and Geezer Butler return home to close the final chapter in the final volume of the incredible Black Sabbath story.”

In March guitarist Tony Iommi said: “It would be nice to think it could finish back where it all started in Birmingham.

“When we’re at home we’ve always found it a bit nerve-racking – but Birmingham means such a lot to us.”

Black Sabbath fans are being asked to submit selfies taken at Download for an art project that concentrates on the origins of heavy metal. They’re the cover stars of the current edition of Classic Rock, on sale now in print, digital and via TeamRock+.