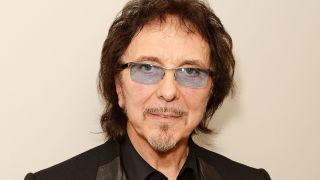 Black Sabbath guitarist Tony Iommi has said the band could release a live album recorded during their farewell tour.

And he hopes the band can play their final show in their home city of Birmingham.

The iconic outfit are set to split after completing their The End tour, which includes an appearance at this year’s Download festival.

Speaking at an interview show in Birmingham at the weekend, Iommi said: “We’re off to Australia in a couple of weeks, but it would be nice to think it could finish back where it all started, in Birmingham.

“When we are at home we’ve always found it a bit nerve-racking, but Birmingham means such a lot to us.”

The guitarist’s ongoing cancer treatment is one of the reasons Sabbath are ending their career – but he’s not planning to give up making music. “I just can’t keep going out on these long tours,” he said.

Asked about a live album, he replied: “It’s possible, because we’re doing a lot of filming during the tour.”

The interview was followed by a fan question-and-answer session, in which Iommi was asked whether he had a favourite riff. “I like all of them – I wrote them,” he replied light-heartedly.

Sabbath’s farewell tour is expected to stretch into next year.