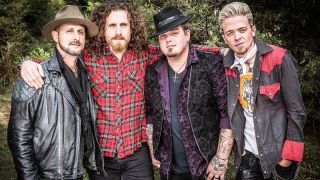 Update: Black Friday and Cyber Monday 2019 are fast approaching. Stay tuned for our pick of all the latest and best Black Friday music deals.

Black Friday weekend might be over, but the deals are still raging on thanks to Cyber Monday. The folk over at the O2 Academy Group and Ticketmaster are carrying on their Black Friday sale into today and are offering up to 50% off gig tickets across the UK, on everything from P.O.D and Alien Ant Farm, Skid Row, Slade and, erm, Peter Andre.

We've been through the deals and rounded up the best ones for music fans below. Grab them while you can!

Stay on top of all the best deals for music fans, with Louder's Cyber Monday coverage