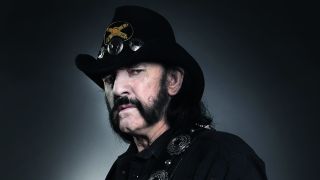 It’s been almost a year since that dreadful day: December 28, 2015. And while time is said to be the great healer, the death of Motörhead legend Lemmy Kilmister is no easier to deal with now than it was then. Of course, death comes to us all, and it was no secret that Lemmy had been ill, but to friends and fans alike it seemed as if he was somehow different, immortal. It’s hard to comprehend that there will never be another tour, another record, another midnight text with a terrible joke. The wound is still raw.

Todd is not alone. Whether you met the great man just once or only knew him through his music, the loss is incalculable. But naturally, it’s hit his closest friends the hardest. “I do miss him,” says Saxon frontman Biff Byford, who first met Lemmy in the late 70s. “We were good pals, y’know, and we should be on tour with them. He always wanted to get big in America, and they finally did, but we only got to play a couple of shows with them [in the US]. I miss his jokes.”

Likewise, Motörhead guitarist Phil Campbell, a man who, by his own admission, spent more time with Lemmy over the past 30 years than he did with his own wife, is still handling the grief in his own way.

“It’s just day by day,” he says, when asked how he’s coping. “You have to think of the good times. Just laughing with him. Or on the stage, telling him that he’s playing too fucking loud every night. And then he’d tell me, ‘Well, I’ll turn my bass down when you turn your fucking guitar down, you fucking Welsh bastard!’ Even though it was blasting onstage, in the middle of songs, we could still hear each other, abusing each other. Sometimes, we’d both agree, ‘OK, we’ll both turn it down during the drum solo’. But of course, we never did. And then, just having a laugh with him on the bus…”

He’s right, of course; the last thing Lemmy would want is for us to be moping. Phil confesses that he hasn’t yet heard any of the songs written in Lemmy’s honour, it’s still too soon, and though he collects all the tribute magazines, he has yet to read them as they’re “too upsetting”. He will when the time is right. “It’s still hard to talk about Lem, very difficult,” he admits. “But I think of the good times and it perks me up a little bit.”

The list of tributes to Lemmy is seemingly endless, and rightly so. It was Phil who performed the opening ceremony of the Lemmy Bar at Bloodstock Festival, and there is now a bronze statue of Lemmy in his favourite watering hole, the Rainbow Bar And Grill, where you can order a ‘Lemmy’ – aka a Jack and Coke. Rather aptly, http://teamrock.com/news/2016-04-01/motorhead-slot-machine-to-launch-in-memory-of-lemmy, and there were Lemmy stages at Download and Ozzfest Meets Knotfest. Alice Cooper’s Hollywood Vampires, meanwhile, paid tribute at the Grammys with a cover of Ace Of Spades, and Motörhead’s Phil Campbell and Mikkey Dee joined forces with Saxon at Metal Hammer’s Golden Gods to remember him. Metallica penned new album track Murder One in his honour, and Saxon’s Biff has even written a song of his own, called They Played Rock And Roll.

“It’s mostly about the early days, from about ’80 to ’82,” he says. “I got to be pals with all the incarnations of Motörhead, but we toured with them in ‘79, which was our first tour, so it’s more about that. I remember we had a picture of [Motörhead’s former manager] Doug Smith, and we’d throw darts at it!”

“I think it’s all awesome,” says Todd of the tributes, “and this is something we’re gonna be working on continuously.”

Indeed, there are many more planned, including an all-star jam “like they did for Freddie Mercury”, a covers record featuring Motörhead’s versions of everything from Bowie’s Heroes to the Rolling Stones’ Sympathy For The Devil, and even a movie about Lemmy’s life in a similar vein to 2005’s Johnny Cash movie, Walk The Line.

“The more organic stuff is better, because it’s fan-driven,” says Todd. “There was a big party thrown in London, that the fans put together themselves. They all met in a big pub and celebrated Lemmy, so we supplied them with CDs and things like that. On our side, we’re still trying to put the Lemmy Lounges together, and we’re doing one at the Rainbow. Then there’s gonna be a lot of stuff like we did at the Grammys and Wacken, supplying them with a mini museum – his boots or guitars and stuff like that. Really, our goal is to promote and preserve the legacy of the great Lemmy Kilmister.”

Ours, too. Motörhead, remember them, they’re gone…

Before his death, Lemmy was instrumental in setting up the label Motörhead Music. Manager Todd Singerman tells us how that rock’n’roll spirit lives on through its signings

What is Motörhead Music?

Todd Singerman: “Motörhead Music is supposed to be a label that is artist-driven – it’s not there to change the people, it’s there to support them. They already have their concept and idea, and Lemmy was gonna help them with a record deal, management, a producer, an agent, and set up the structure for them, and that’s all. Basically, it was sink or swim on your own; we’re not gonna come in and turn you into the Backstreet Boys, just be who you are, and we’ll give you the resources to show your wares. That’s kind of as simple as it gets. What he was really saying is, ‘I’ll accept you for who you are, because that’s why I signed you. Now don’t compromise, do what you want, the way you want it, and I’ll supply the people.’ He liked certain bands with certain attitudes.”

Presumably all the signings are bands that Lemmy liked?

“Actually, these are bands that Lemmy signed. It was done years ago. Phil Campbell [whose band Phil Campbell And The Bastard Sons are also signed] plays a song or two on Budderside’s [self-titled] album, and Paul, Lemmy’s son, produced that record. Lemmy signed them and had them play on the Motörboat and at his party.

Who else is on the label?

There’s another band called Others. Lemmy met them at the Rainbow, and he went to see them play, and he liked them, so he signed them, too. He also signed a band called Barb Wire Dolls because he liked them. They have a girl singer, and you know Lemmy with girl singers! Now that he’s not here to choose the bands, it will have to be in that tradition, and it doesn’t have to be heavy metal, just something with integrity. His only criteria was that these guys will die for it, and they don’t give a fuck what somebody else says.”

The 20 greatest Motorhead songs – as voted by you