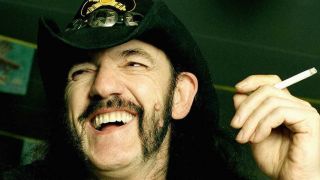 A Motorhead slot machine is to launch online in memory of Lemmy in September.

The late frontman was known for his love of gambling – even in his final days, the poker videogame he regularly played at the Sunset Strip’s Rainbow Bar And Grill was rumoured to have been brought into his home.

Global Merchandising Services manager Gabbi Landdorf says (via LicensingSource.Net): “The Motorhead brand is synonymous with high-octane music and has one of the last real iconic logos in music.

“Ace of Spades, which will be included as a soundtrack, couldn’t be a better theme song to this style of gaming and we hope not only fans, but the gaming public will appreciate the fantastic game mechanics that NetEnt are producing.”

NetEnt’s Simon Hammon says: “Motorhead will form a great addition to our NetEnt Rocks series of games. NetEnt will make a game the band will be proud of by creating a fast-paced slot machine that is in tune with the energy and passion of the music.”

Kilmister passed away from an aggressive form of cancer at his Los Angeles home on December 28 at the age of 70.

The rock icon was also remembered at this year’s Grammys after Dave Grohl pressured event bosses to pay him a special tribute at the ceremony.