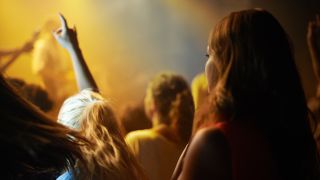 It’s long been an understood, if often unspoken, truth that alternative music is an unforgiving and hostile place for women.

In recent years, the wider #MeToo movement has prompted women who have been the victims of assault and abuse at the hands of musicians to speak up. A wave of allegations against prominent musicians, like Brand New’s Jesse Lacey in 2017, encouraged women to come forward with their stories.

However, as the root causes of that abuse have not been stamped out, and the perpetrators not held properly accountable, little has changed.

There are a few factors that make abuse more endemic within alternative scenes – like hardcore, emo, pop punk and metal – than other areas of the music industry. One, an overwhelming percentage of musicians and fans in alternative music are male. Two, the age gaps between artists and their teenaged fans is often broad. Three – and this is key – artists hold power over their female fans. In many cases, the reverence that fans have for their favourite singers and musicians makes it difficult to realise that they’re being taken advantage of.

But most importantly, artists are rarely held accountable by their male colleagues.

Recently, news resurfaced of allegations against Austin Carlile, formerly of Of Mice & Men, when Alt Press came under fire for posting a positive interview with the artist about his faith. It was revealed that years prior they had pulled together an article collating accusations against him. They reportedly killed the article after being threatened with legal action, but their posting of a new piece on the alleged perpetrator stirred up old anger.

Soon, women came forward, including Mikayla Davis, a survivor who had shared her story for the original article. She bravely tweeted about her experiences and offered to speak to media outlets about her experiences. It was this relatively high-profile, public conversation that prompted Carlile’s former bandmates to make a statement. Alan Ashby, guitarist with Of Mice And Men, tweeted, “I am speaking out now because I'm extremely disgusted with myself for not realizing this behavior sooner. The info was out there and I didn't do the research. I had always taken his word on things and now I'm realizing how naive I was to have done that.”

Absolutely disgusted and heartbroken. While I was indeed aware there was a level of promiscuity going on I want to make it perfectly clear I have never witnessed nor knowingly stood by during any instances of any alleged sexual assult regarding a former bandmate.June 10, 2020

Ashby followed up to affirm that he had absolutely no idea what had happened before: “Absolutely disgusted and heartbroken. While I was indeed aware there was a level of promiscuity going on I want to make it perfectly clear I have never witnessed nor knowingly stood by during any instances of any alleged sexual assault regarding a former bandmate.”

In recent years, there have been so many “apologies” by artists and bandmates who only offer their condolences when women relive their trauma on a public platform. It’s hard to take it sincerely and not just as an attempt to save their own skin.

Of course, it’s impossible to know how much a band member knows about their colleague’s activities. But it is difficult to believe, when someone admits that the accusations are so common that the info is “out there”, that someone can have no idea the behaviour of someone they’re on the road with. I once went to Europe for eight days with a friend, travelling and sharing hotel beds together. Whether I wanted to or not, I was aware of her every tiny movement, right down to her insistence of keeping keytones on while she texted her girlfriend incessantly.

How are we to believe that bandmates don’t have some inkling of their colleagues’ behaviours? But he did: as he says, he just took his mate’s word.

He also knew that there was promiscuity. Often they are aware of something. But having sex with your fans on tour is too normalised, too common, to bother checking IDs or asking whether she consented or whether she’s happy.

The behaviour that we forgive, even expect, from “rockstars” is changing. The idea of “groupies” is dying out, as is a culture of silence. But we need the men on tour to speak up at the time – to freely ask questions, to refuse to work with people that they know pose a danger, to above all listen to women. If men aren’t willing to do the work when they’re on the front lines of knowing what other men are up to, how can anyone ever be held truly accountable?

Carlile responded to the accusations after a week, denying them. “These accusations have been investigated by the appropriate authorities as well as independent journalists and were determined to be unfounded,” he claims.

Of course, it can never be forgotten that abusers are extremely manipulative. The scene is not solely to blame. They go to incredible lengths to cover up their tracks, to convince friends of their innocence, to seem like perfectly amicable people. It is possible to know someone and not know how utterly rotten they are. They are the only ones responsible for their actions, but as long as there are abusers, there needs to be a culture that holds them properly responsible when we do realise something is up.

We need, too, to remember that “cancel culture” is not a legitimate concern. Women who come forward against powerful men in the scene do not do so in order to gain power. They have none. They are immediately ostracised, questioned, judged. If they’re a sex worker, it’s used against them as proof that they don’t have the autonomy or choice to not be assaulted or taken advantage of.

But if powerful men in the scene – bandmates, label guys, tour managers, friends – were to back them up, they might be taken seriously. When it’s a woman on Twitter’s word against someone’s beloved hero, who are the fans going to believe? But if it’s a gang of men who know or work with the individual affirming that word, they might have half a chance.

In the girl’s group chat like teehee so which innocent man should we all accuse of sexual misconduct today!? We’ll probably get death threats, ppl saying we’re lying whores, our nudes leaked, address’ doxxed, and careers ruined but haha what a fun prankJune 17, 2020

I spoke to Mikayla, 27, one of Carlile’s accusers. She told me that her father was a roadie for the Grateful Dead, which led her to believe that life in the music industry could be fun. “The music industry has always been one – much like Hollywood, or politics – that is willing to sweep indiscretions under the rug if it means a profit is to be made,” she told me. “The romanticism of this ‘sex, drugs and rock’n’roll’ lifestyle that many people grew up with, much like I did, is not how things are today. Movies about bands that were notorious for trashing hotel rooms and having scores of groupies back in the ‘80s are certainly entertaining, but behind the scenes there are far more sinister things going on.”

She suspects – as many women involved in these scenes do – that the musicians exposed in the last few years barely scratch the surface. She believes, too, that men who deny having noticed any wrongdoing are asking us to suspend some pretty hefty disbelief. “Bands typically consist of four-to-six members, along with their touring crew – merch managers, lighting techs, tour managers etc. A tour bus will have around 12 people living and travelling on it. That is a pretty hefty group of people to see something shady occurring and not speak up.”

Mikayla believes that if Austin Carlile’s former bandmates had taken some accountability in stopping his behaviour years ago, fewer women would have been victimised. “If just one person had taken what they witnessed to a higher authority and done something about it, a world of difference would’ve been made,” she says. “But instead the general mentality and reaction is to look the other way and continue to cash the cheques.” She adds that this is not specific to any one person, but a pattern of behaviour endemic in the scene: “While these people may not have committed the abuse or assault in question, by remaining silent they are complicit.”

Fans, too, are not blameless. While they aren’t actually on the road to witness bad behaviour, far too often when the truth comes out they’re the first to either turn a blind eye or attack the women making the accusations. They say there’s no proof, it’s all lies, putting aside the fact that it’s incredibly difficult to prove coercion or grooming. They’re the ones @ing women about their sex work, or their perceived promiscuity, or the idea that they’re “chasing clout” in defence of their hero.

Of course, there is no point counteracting their bile with facts, because those fans simply do not care whether their faves use their platform to assault and abuse women and girls. When Brand New’s Jesse Lacey was accused of grooming fans in 2017, he did not deny it. He all but disappeared. Left with no other connection to Lacey, fans instead comment on his wife’s Instagram page begging her to send Lacey back to them: please, he’s done his time, we just want to hear more music about what a bastard he is.

Male fans often do not believe that their faves commit heinous crimes, but they also do not care. However, if bandmates, managers and other men close to the accused were faster, more rigorous, more caring in how they handled accusations or predatory behaviour from the off, maybe that attitude would rub off on people like the Lacey fanboys. Maybe not.

I know from my experience growing up in emo and pop punk just how easy men find it to turn a blind eye. I went to shows expecting to be violated in some way, knowing that at the very least, it was a possibility that a member of the audience would grope my underage body. Now, there are organisations like safesgigs4women and Safer Scenes working closely with bands, audiences, managers and venues to ensure that women can enjoy music freely and without fear. But it should not be the legwork of women to make music easier or safer. As Mikayla says, “the fact that there are multiple other people in the immediate area who are older and have the authority to stop it and don’t is the problem.”

So many women, even girls, could have been saved if men within the scene were willing to act sooner and with more integrity and certainty. The less men accept “promiscuous” behaviour on tour, or turn a blind eye to their mates’ behaviour, the safer the scene will be for everyone.