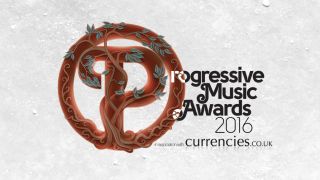 It’s taken months of military planning, hours upon hours of discussion and debate, and literally hundreds of cups of tea to pull together, but the red carpet has finally been rolled out and the the Progressive Music Awards 2016 in association with currencies.co.uk are go!

We’re here to bring you all the action directly from London’s world-famous Globe Theatre. We’ll fill you in on the winners, the star guests, the gossip and the endless stream of Rick Wakeman gags live as they happen.

Are you sitting comfortably? Then let’s get started…

Here are the photos of all the winners this evening. Photos by Will Ireland.

…and while we’re on the subject, here’s the ultimate Jon Anderson quiz.

All hail Jon Anderson – Prog God! Here’s an in-depth interview with the great man from earlier this year…

‘80s Yes and current ARW guitarist Trevor Rabin has made a surprise appearance onstage to present Jon Anderson with the Prog God Award!

Rick Wakeman proving his one of the funniest men in prog… while roasting Editor Jerry Ewing.

“The man beneath the cape” is here to present Jon Anderson with the Prog God Award.

Talking to Outer Limits winners Buggles at the Prog Awards.

Talking to Virtuoso winner Jakko Jakszyk at the Prog Awards.

Steve Hogarth from Marillion is here to present the Lifetime Achievement Award. “I’ll try and make sense, I’ve been drinking.”

Talking to Album Of The Year winners Iamthemorning at the Prog Awards.

Talking to Vanguard award winners The Mute Gods at the Prog Awards.

Talking to Visionary winner Jon Hiseman at the Prog Awards.

Jon Hiseman – tonight’s Visionary award winner – has never won an award before. “When I got an email suggesting I could be here tonight I thought it was spam.”

Next up is the Visionary award…

Talking to Limelight award winner The Anchoress at the Prog Awards.

“I feel like I’m the only person in the room tonight who hasn’t been in King Crimson!” laughs Andy Summers.

Jakko gives a shout out to Ade’s work with Bad News, and reveals how he managed to get an entire venue to shout “The roadie is a c*nt!”

Adrian Edmondson is here to present the Virtuoso award to Jakko Jakszyk!

“He didn’t always want to be a virtuoso, he wanted to be a midfield dynamo for Watford FC!” reveals Ade. “He created a smokescreen of alter-egos… Grandmaster Jelly Tot, Eduardo The Crazed Jazz Guitarist…”

Trevor Horn from the Buggles is here to accept the Outer Limits award.

“Any involvement I have with prog comes from Yes,” he says, “and I think it’s very appropriate that John will get the Prog God award and I will get the Outer Limits.”

Producer Stephen Lipson is the guest presenter of the Outer Limits award.

“Working with Geoff [Downes] is a major treat. He’s dependable, shows up early, and is always prepared. He’s a great band member. And I’d like to thank Trevor [Horn]… who taught me to never give up.”

That concludes the reader-voted awards, and now it’s onto the winners chosen by Prog magazine.

Mark McCaughrean from the European Space Agency is the guest presenter for Band Of The Year. This man worked on the mission to land on a comet! And they have sent a craft to Mars! Now that’s what we call progressive.

Marjana Semkina obviously overwhelmed by the Album Of The Year win.

Grand Design Award winner Anthony Phillips was the driving force behind Genesis – but since he left the band he’s never stopped working, as he told us in 2014.

How Anthony Phillips Went From Genesis To Revelation

Mute Gods just showed us what’s under their kilts!

Big Big Train have just bagged the Live Event Award for their live comeback in London in September 2015. We were there in the front row…

Big Big Train: Could Folklore be their breakthrough record?

ANTHEM OF THE YEAR: RIVERSIDE – TOWARDS THE BLUE HORIZON

Congratulations to Anthem Of The Year award winners Riverside. Here’s our review of 2015’s epic Love, Fear And The Time Machine album, from which Towards The Blue Horizon comes from.

Riverside accept the Anthem award and dedicate it to their late guitarist Piotr Grudzinski.

Back in January, we spoke to Limelight award winner The Anchoress for the very first time. Here’s what she had to say.

The Anchoress graciously accepts her award thanking the readers, fans and label.

Okay… so first up is the Limelight Award!

Host Matthew Wright admits that tonight is the highlight of his year.

“For prog award virgins, prepare to have your cherry popped in the most insouciant manner,” Matt greets the audience.

“I’ve known Jerry Ewing for longer than any of you in the room, I suspect. A man who not just managed to get Prog magazine off the ground but turn it into a soaraway success. It provides a focus for everyone whose musical tastes deviate from the mundane and the mainstream.”

What follows is a moment of silence for the fallen prog heroes over the past 12 months.

“Not only is the Progressive Music Awards the only award ceremony that has its own tree,” he says, “but this year has the most illustrious guestlist the awards have ever been blessed with.”

Admitting that he still gets nervous talking onstage in front of prog’s biggest names, he deals with the nerves in a very special way based on some advice he was once given. “When onstage, imagine them all completely naked, and I have to say this normally works a treat… until you get to the Prog Awards,” laughs Jerry. “I look at everyone completely naked and there is Rick Wakeman grinning back at me.”

We caught up with former Genesis guitarist Anthony Phillips, who’s been sitting with Peter Hamill of Van Der Graaf Generator on Table 19. “It’s been great fun. I’ve loved being here. I felt sorry for the act playing just before [Purson], playing in front of everyone else but they did very well. Am I allowed to say who’s won? I know!”

A special acoustic set from Purson at the Prog Awards. Gallery photos by Will Ireland.

Purson, who picked up the Vanguard Award at last year’s show, are entertaining the diners with a short two song acoustic set: a cover Of Curved Air’s 19721 hit Backstreet Luv and their own Sky Parade.

We’ve just bumped into Marillion vocalist Steve Hogarth. He’s having a lovely time. “I’ve had a great night so far. I’ve seen Peter Hamill [Van der Graaf Generator] and it’s like no time has passed. He’s such a gentleman and a lovely man – an amazing talent. I’ve been having a chat with Andy Summers too. I asked him what he thought was his own personal best work – he said anything since The Police! We talked about Thelonious Monk and his own album Metal Dog which I’m going to check out because I’ve not heard it. I think Andy is an extraordinary guitarist because he approaches the instrument in a totally different way to most guitarists. I also managed to put my hand up Nick Beggs’ kilt – but not far enough. The night is still young.”

Snooker legend Steve Davis, The Fierce And The Dead’s Matt Stevens and Gong/Knifeworld man Kavus Torabi: someone’s been at the free wine…

Some exclusive news: Steve Hackett has just told us that he may be going to Australia with his Genesis show as they never toured there. He’s also working on some solo material with musicians from Japan and Peru. He’s keeping very busy, basically. “It’s extraordinary all the passing of these greats – Keith Emerson and Chris Squire. Pals I’ve worked with in the past. The clock is ticking for all us proggers. We’ve got a limited time to make it before we pop our clogs. I did have an uncle who lived to 108.”

Matthew Wright is recalling his early prog dalliances: “The two biggest influences on the teenage Matthew Wright were Hawkwind and Gong. Gong’s Camembert Electrique is probably my favourite album, but I do like a lot of the Hawkwind stuff – especially the Bob Calvert stuff where it became more lyrically clever.”

Matthew Wright and Steve Davis are deep in conversation. It’s quite noisy as everyone’s finishing their dinner, but it’s probably about Gong.

While everyone is eating their dinner, shall we do a quiz?

Rick Wakeman has revealed how much he adores Jon Anderson and how much he has enjoyed working with him again. “We’ve been through a lot together. We first met in 1970 when Strawbs supported Yes in Hull. We argued like crazy when we first met, because he couldn’t understand where I was coming from and I couldn’t understand where he was coming from. It was 1976 in Montreux in a pub called The White Horse. We sat down and came to the conclusion was that the end product was what we were both after. We had an analogy where, to fly to Japan, you’d have to via Anchorage or Moscow. You get to Japan, but via different routes. We learned to understand each other and from that moment on we’ve had an understanding. Jon doesn’t query some of the mad things that I’ve suggested doing and I’m he same with Jon, because at the end of the day we’re both after the same thing.”

Talking to tonight’s host Matthew Wright at the Prog Awards.

Talking to Tesseract guitarist James Monteith at the Prog Awards.

Talking to Marillion guitarist Steve Rothery at the Prog Awards.

Talking to Yes icon Rick Wakeman at the Prog Awards.

For those that are asking, here’s the menu tonight’s guests are enjoying.

Here’s a gallery of just a few of the prog stars who have turned up so far. Photos by Will Ireland.

Legendary prog artist Roger Dean is here. Famous for his work with Uriah Heap, Yes, Asia and many more.

Snooker legend Steve Davis is in the foyer trying to get reception on his phone. A suggestion to lift his phone higher is met with a polite smile. It’s Steve Davis!

Adrian Edmondson: “It’s an extraordinary thing to come to because there’s quite a lot of old people here. I’m surprised there weren’t more ambulances outside. As for the acceptable length of a speech? A minute. And they’re not allowed to mention anyone’s names. I don’t know who Jean is.”

Gong’s Mike Howlett is here to present an award – we can’t say who yet, obviously – but he’s looking forward to the evening:

“I’m very pleased and proud to present an award to him as I know what a lovely person and extraordinary artist he is. I was talking to him last night and we’ve been planning out a strategy for the night. Improvise as we go along!”

Jakko Jakszyk leads the charge on another wave of guests. It has to be said, prog musicians are punctual.

Talking to Rick Wakeman on the red carpet

“What’s it like to be the first guest? Good. I’m always early. That’s what the wife said. I don’t like arriving after everyone else, so I actually arrived this morning.”