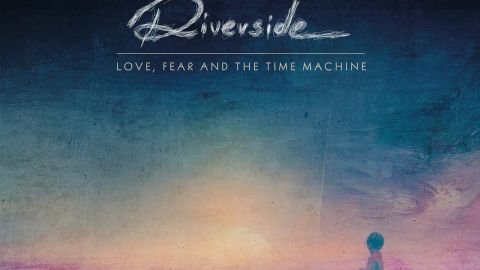 Sixth album, six-word title, 60 minutes long… at first glance you could be forgiven for thinking Riverside had found Satan and were making a beeline for the Hellmouth.

That isn’t the case. In fact, they’ve moved away from what singer Mariusz Duda has called “darkness and screaming” (though that was never their default mode), and embraced the softer, more melancholy and evocative side of their nature. This smooth flight is rich with melody, deftly decisive arrangements and a wistful atmosphere of tempered regret. It’s mature, welcoming and altogether lovely.

Since their 2003 debut, the Poles have proven their ability repeatedly, but there’s a confidence here that shunts them away from Steven Wilson and Opeth comparisons. It establishes the identity of their own distinct next chapter. Often its merits spring simply from great songs, ruefully sung by Duda, whose voice has that priceless quality of being both calming and weathered. While his solo project Lunatic Soul gives him an outlet for his experimental, neo-gothic leanings, Riverside don’t do things by rote. Yes, this album flows beautifully and inoffensively (there are heavy-ish riff sections, but they melt into the textures), yet there’s an emotional pull that elevates it above Coldplay/Keane terrain. Some music performs a sleight of hand and, without revealing how, hits the spot.

Opening with the slow-burning Lost and ending with Found, the album examines a transformative decision-making process. It suggests you can be optimistic (love) or pessimistic (fear), and that we leap back and forward in time while mulling over such choices. In this form, Duda could recite the names of small Polish towns and move you profoundly, but the lyrics are genuinely thoughtful. Under The Pillow wakes us up; Addicted purrs and glides. Caterpillar And The Barbed Wire comes in on a buzzing bass motif, while Saturate Me heightens the drama. Towards The Blue Horizon is gripping and gravitas-loaded, yearning for youth. Then, with echoes of Talk Talk, a refrain of ‘Let’s go back to the world of 30 years ago, and let’s believe this is our time,’ serves as a pay-off.

There are precise, precious guitar solos, piano ripples and velveteen rhythmic shifts, but nothing sounds strained or forced. It’s a pleasure to listen to: savvy musicians eschewing showing off to feed the overall feel. For all its downcast musings it emerges, as intended, with a sense of hope.

Time machine? Riverside sound neither retro nor futuristic here. They sound completely at ease with their perfectly-pitched songs about unease. They tread softly, and conjure up a whole new forest of dreams. Heavenly.