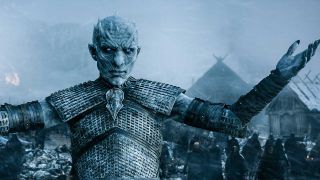 After a wait that seems to have gone on longer than the Long Night itself, the final season of Game Of Thrones is almost upon us. The release of the first trailer has built the hype, tension and speculation as to what’s going to go down in Westeros, and as it’s one of the most metal shows to ever grace the small screen we’ve come up with our own wish list for the final adventure in the Seven Kingdoms…

We love the blink-you’ll-miss-it cameos that have littered the show, particularly when it involved Mastodon or Scott Ian. We can dream but we’d love to see Zakk Wylde as a Dothraki screamer or Joe Duplantier aboard an ironborn ship. Just please, anyone apart from Ed bastard Sheeran…

Sam to save the day

There are enough sword-wielding heroes and heroines currently jostling for position on the Westeros battlefield, but what we’ve really learnt is that brains are better than brawn. Though he did slay a White Walker it’s Samwell Tarly’s smarts that revealed how to kill the ice zombies, cure Jorah Mormont and why a certain bastard the legitimate heir to the Throne itself. Frankly if anyone deserves to be the hero of the day, it’s Sam.

Brienne and Tormund to get it on

From Jon and Ygritte to Hot Pie and his pies, there’s been some wonderful if tragic romance that’s punctuated the violence, political wrangling and swearing of the show. And if there’s one pair we want to see give in to the omnipresent weight of Cupid’s dealings it’s Brienne Of Tarth and Tormund Giantsbane – providing he’s still alive after that whole Wall collapsing business.

But no more weddings

Look, they don’t end well do they? And we can still hear the screams of the Red Wedding every night. No more, please!

Given his quips have their own book and spawned more t-shirts than French Connection, the last series seemed to be low on Tyrion Lannister dropping his knowledge and one-liners. It’s obvious things are going to get hairier than a wildling barbers this season so we could do with Casterly Rock’s favourite son breaking the ice with a seismic wisecrack.

The Hound vs The Mountain

The rivalry between the Clegane brothers has been in place since series 1, with the potty-mouthed Sandor blaming his burnt face, and by extension most of his problems, on his big brother Gregor. Given the Mountain’s sinister new lease of life as Ser Robert Strong it’s not looking good for the Hound, but we love an underdog.

Speaking of sibling rivalries the winged children of Daenerys played a largely supporting role until they arrived from Essos, wreaking havoc on the Lannisters, the Army of the Dead and, finally, the Wall itself. With Drogon and Rhaegal on one side and the reincarnated Viserion the ice dragon on the other, we expect, nay demand, more fire breathing than a Rammstein headline slot.

Because like a Twins-style buddy comedy spin off of Wun Wun and Tyrion it’s both big and clever.

A massive battle to end all battles

With the battles of the Blackwater, Castle Black and the Bastards, the producers have rightly splurged huge amounts of time and money on awesome, epic action sequences. Now with armies moving against each other for the final time we're envisioning a seismic showdown that'll make the previous fights seem like a thumb war.

To finally find out who will sit on the Iron Throne

It’s not about who’s most deserving, otherwise we’d be bowing to King Bronn First of His Name, but who will ultimately win the game to finish TV’s most epic show on top. Will Cersei remain? Will one or both of favourites Jon and Daenerys claim it? Or will an outside bet like Sansa, Lady Mormont, Zombie Hodor or, dare we say it, the Night King himself, be sat on the Iron Throne when those final credits role?

Season 8 of Game Of Thrones premieres on April 14