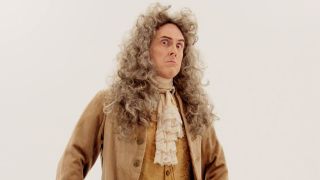 Weird Al Yankovic has announced shows in London and Dublin as part of his Mandatory World Tour.

The king of parody plays London’s Eventim Apollo on October 4 and Dublin’s Vicar Street on October 6.

Yankovic’s 2014 album Mandatory Fun gave him his first US no.1 record and last year he said Nirvana’s Kurt Cobain was “cool” with his zany spoof of their track Smells Like Teen Spirit.

Read TeamRock’s feature on Yankovic, which picks out some of the highlights of his more than 30-year career.