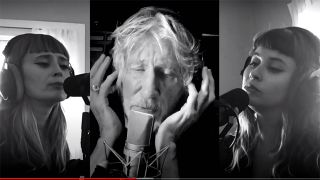 Roger Waters has released a video for a new version of Pink Floyd's 1983 song Two Suns In The Sunset. The song originally featured on the band's The Final Cut album, which was the last to feature Waters.

"I had an idea to make an album of all the songs we did as encores on the US and Them tour," Waters explains. "We did Mother first. Had to do it remotely because of COVID-19. Two Suns in The Sunset is #2. Hope you like it. I love it. What a beautiful band they are.

"That we allow nuclear weapons to exist in a world controlled by deranged sociopaths is, in itself, a deranged arrangement. We are many they are few. We could just say no, to the whole MAD (Mutually Assured Destruction) insanity. It makes zero sense and is potentially omnicidal."

Previously Waters released a lockdown cover of Mother from 1979's The Wall album.