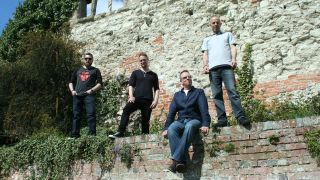 It was the debut release for the band, who recently released their debut album Back Above The Clouds which features contributions from John Mitchell and Craig Blundell and also features the band's cover of Eurythmics Here Comes The Rain Again. It was described by Prog Magazine's Nick Shilton as: “A Bold statement that sees Warmrain extending out over a double album. A tale well and unhurriedly told, it‘s complimented by the bands Floyd influenced music."

Absent Friends is available to download, stream or purchase here.

It features the following tracklisting:

You can read all about Warmrain in the new issue of Prog, on sale this Friday.