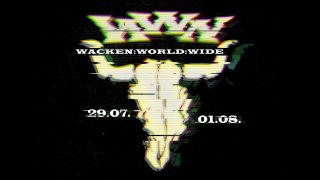 Wacken Open Air might be off this year due to the coronavirus pandemic, but that won’t stop the music, with organisers ready to bring rock and metal fans a weekend of online entertainment later this summer.

The online festivities will feature exclusive streams from artists including Blind Guardian, Heaven Shall Burn, In Extremo, Kreator and Beyond The Black – all backed by “spectacular virtual stages,” while up-and-coming artists will also be featured through Wacken Metal Battle and the Wacken Foundation.

There will also be exclusive interviews, talks and plenty of behind-the-scenes content.

Wacken’s co-founder Thomas Jensen says: “It is a huge pleasure for us to finally be able to unveil the news today. The entire team has worked with great ambition and motivation over the past few weeks and months to implement the new Wacken World Wide concept in order to put together an overall package never seen before!”

Jensen’s fellow Wacken co-founder Holger Hübner adds: “After the cancellation of this year's festival season, the new format is a ray of hope that allows us to celebrate with our loyal fans, partners and artists in an unprecedented way.

“We look forward to your feedback and reactions and can't wait to bring Wacken around the world!"

Wacken World Wide will be available to watch on the online festival’s official website, MagentaMusik 360 and MagentaTV.