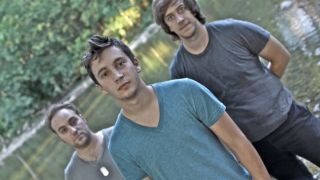 Salih left the band in 2011, mainly as a result of financial pressures. He and fellow ex-member Nick Thomas both appeared on the group’s 2009 self-titled debut album, but were gone by the time follow-up Regional At Best was released two years later.

In the podcast below, Salih says: “There’s always stuff sitting somewhere that was recorded and never made it out. There’s stuff Tyler’s shown me, that I thought was pure genius, that he deleted – which makes me sick to my stomach.”

Speaking of his involvement with the creative process, he says: “The lyrics were always Tyler, and I think that’s pretty clear. I wouldn’t even know a percentage because I haven’t heard a lot of those songs in years.

“To me that album is really old. It’s almost looking back at your high school pictures and thinking, ‘Why did I wear that?’”

The band name came from a play in which a character who deliberately supplied broken aeroplane parts during World War II knows he’s responsible for the deaths of 21 pilots. But Salih revealed that wasn’t the first idea for their title.

“We were almost Bicycle Thief,” he says. “I think there’s a band already called Bicycle Thief, so that may have been the first thing we didn’t do.”

Another rejected name was Chill Coat, inspired by a legal firm that Salih uses today. “Tyler know of his name and thought it was cool,” he reports. “We were kind of going back and forth on that.”