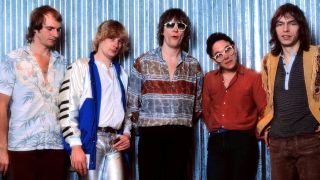 He took over vocal duties in the band from Jon Anderson for 1980 album, Drama – leaving the prog icons in 1981 after just seven months.

The band will perform Drama and 1971’s Fragile in full on the run of shows. Horn has been rehearsing with Yes at Rockfield Studios in Monmouth, UK.

Guitarist Steve Howe said: “This is the first time we’ll be performing Drama in its entirety – and most of the songs haven’t been performed in 30 years.”

In addition to the band’s European tour which starts later this month at Glasgow’s Royal Concert Hall, Yes will also head to the US for a run of shows in July, where they’ll play Drama along with sides one and four from 1973’s Tales From Topographic Oceans.

The Prog Interview: Steve Howe on Chris Squire and The Future Of Yes