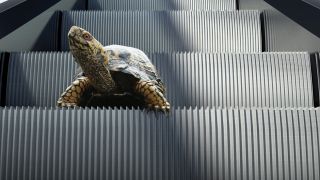 Tiles are to release their sixth album Pretending 2 Run on April 15.

The double concept album is the Detroit band’s first release in eight years, and will feature guest artists such as Mike Portnoy and Ian Anderson.

Guitarist Chris Herin previously said: “We knew this album was ambitious, lyrically and musically, but we didn’t plan on it ballooning into a double album. The songs kept coming and the storylines demanded more trips into the central character’s state of mind.

“So here we are with an elaborate concept album that follows in the best of prog traditions. Each disc plays like one long song. To help deliver to the full potential, we’ve enlisted a string quartet, a 25-piece orchestra and a host of special guests.”