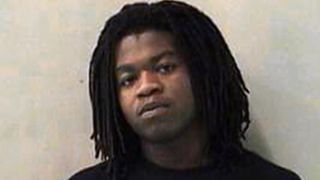 He’ll face four new counts of assault following the incident last month which caused the deaths of four people and injured 17 others.

The latest legal moves against the 21-year-old means his bail has been raised by $500,000 from the previous $5m. He’s now facing a total of 24 counts of aggravated assault with a deadly weapon, along with two counts of capital murder.

Owens was arrested on March 13 after being tasered following a car chase. A vehicle, believed to be stolen, was driven into a queue of SXSW fans who were waiting to enter the Mohawk music venue.

Jamie West, 27, and Steve Craenmehr, 35, died at the scene. Sandy Thuy Le, 26, and DeAndre tatum, died later of their injuries.

Police chief Art Acevedo described the action as “intentional” and added: “This is an individual who showed no regard for the human beings that he ploughed through.” Black Star Riders frontman Ricky Warwick later told of his relief as his wife, who’d been in the Mohawk queue, survived the ordeal.