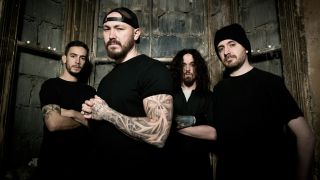 Speaking about the track, frontman Jason Smith reveals how the music was borne from dilemma. “It’s about my daughter, she was on the way, I was feeling apprehensive and scared about the responsibility and seeing a therapist at the time, I was having some really low points, but because I had a daughter on the way it gave me the reason to sort myself out.”