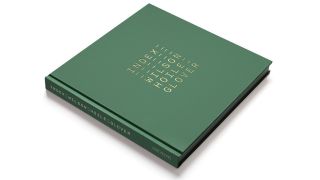 The artwork surrounding Steven Wilson’s musical output is the focus of a hardback book created by collaborators Lasse Hoile and Carl Glover.

Entitled Index, it includes nearly 200 previously unseen images and features a foreword by the Porcupine Tree, Blackfield and No Man mastermind.

The hardback book looks at material from throughout Wilson’s career, starting with 2002 Porcupine Tree album In Absentia and ending with this year’s solo album Hand. Cannot. Erase.

Publishers The Flood Gallery will start taking pre-orders on September 1 for the standard green edition. A special red edition will be sold at Wilson’s Royal Albert Hall concerts on September 28 and 29, with any remaining copies available online later.