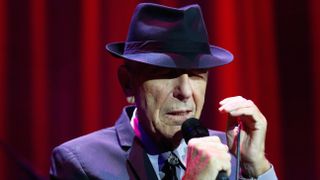 Stars from the world of music and entertainment have paid tribute to Leonard Cohen, who has died at the age of 82.

The iconic Canadian musician’s passing was confirmed earlier today by his record company Sony Music, with no cause of death revealed as yet.

Nick Cave, Mark Knopfler and Slash are among the stars from the world of rock to pay tribute, while actors Rob Lowe, Russell Crowe and Bette Midler have also told of their despair.

Canadian Prime Minister Justin Trudeau also paid tribute, tweeting: “There’s a blaze of light in every word, it doesn’t matter which you heard, the holy or the broken Hallelujah. #RIPLeonard.”

On Facebook, Dire Straits man Mark Knopfler says: “So sad to hear of the passing of Leonard Cohen - thank you for so many years of music and for your enormous contribution to the world of song.”

Nick Cave says: “For many of us Leonard Cohen was the greatest songwriter of them all. Utterly unique and impossible to imitate. No matter how hard we tried. He will be deeply missed by so many.”

Tributes from social media can be viewed below.

Cohen said earlier this year that he was “ready to die.”

He said: “Even when I was healthy, I was sensitive to the process. At this stage of the game, I hear it saying, ‘Leonard, just get on with the things you have to do.’

“It’s very compassionate at this stage. More than at any time of my life, I no longer have that voice that says, ‘You’re fucking up.’”

Leonard Cohen: I am ready to die