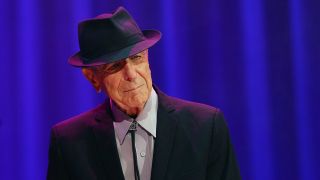 Leonard Cohen has died at the age of 82.

His record company Sony Music Canada confirmed the news on the singer’s Facebook page, saying: “It is with profound sorrow we report that legendary poet, songwriter and artist, Leonard Cohen, has passed away.

“We have lost one of music’s most revered and prolific visionaries.

“A memorial will take place in Los Angeles at a later date. The family requests privacy during their time of grief.”

The cause of death has not been revealed.

Cohen was one of the most respected and influential voices of the 1960s and a major influence on the world of rock. His songs have been recorded by artists across almost all genres of music, from Johnny Cash to John Cale, Neil Diamond, Nina Simone and the Pixies.

His song Hallelujah was made famous by Jeff Buckley and has become a modern standard.

His manager Robert Kory has told USA Today: “Unmatched in his creativity, insight, and crippling candor, Leonard Cohen was a true visionary whose voice will be sorely missed. I was blessed to call him a friend, and for me to serve that bold artistic spirit first hand, was a privilege and great gift.

“He leaves behind a legacy of work that will bring insight, inspiration, and healing for generations to come.”

His latest album, You Want It Darker, was released on October 21. In an interview at the time he said he was “ready to die,” adding: “Even when I was healthy, I was sensitive to the process. At this stage of the game, I hear it saying, ‘Leonard, just get on with the things you have to do.’

“It’s very compassionate at this stage. More than at any time of my life, I no longer have that voice that says, ‘You’re fucking up.’”

He reported that he’d already gathered material for a follow-up but said: “I don’t think I’ll be able to finish those songs. Maybe I’ll get a second wind – I don’t know.”

Leonard Cohen: I am ready to die