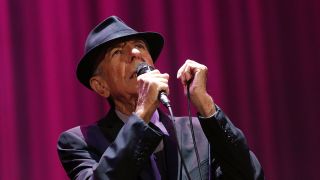 Singer-songwriter Leonard Cohen says he is “ready to die.”

The 82-year-old speaks philosophically about his autumnal years – describing how his own spiritual journey has helped him come to terms with nearing the end of his life.

He tells the New Yorker: “The big change is the proximity to death. I am a tidy kind of guy. I like to tie up the strings if I can. If I can’t, that’s OK. But my natural thrust is to finish things that I’ve begun.

“I know there’s a spiritual aspect to everybody’s life, whether they want to cop to it or not. You hear this other deep reality singing to you all the time, and much of the time you can’t decipher it.

“Even when I was healthy, I was sensitive to the process. At this stage of the game, I hear it saying, ‘Leonard, just get on with the things you have to do.’ It’s very compassionate at this stage. More than at any time of my life, I no longer have that voice that says, ‘You’re fucking up.’”

Cohen also reveals he has a vault of unfinished songs and poems – but on the prospect of a follow-up to forthcoming album You Want It Darker, he says: “I don’t think I’ll be able to finish those songs. Maybe, who knows? And maybe I’ll get a second wind, I don’t know.

“I don’t dare attach myself to a spiritual strategy. I don’t dare do that. I’ve got some work to do. Take care of business. I am ready to die. I hope it’s not too uncomfortable. That’s about it for me.”

You Want It Darker will launch on October 21. Pre-order it on Amazon.