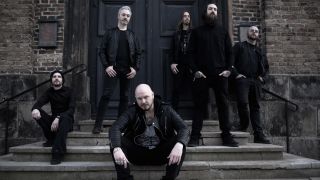 Soilwork, Wintersun, Macabre and Scarab have been revealed at the latest additions to the Bloodstock 2017 bill.

“That ended with one of the most spectacular and sweatiest shows to date at The Underworld in London. Bloodstock is always a riot and we cannot wait to hit the stage this summer. Bring it England!”

They’ll play the main stage at the festival, while Macabre will headline the Sophie Lancaster stage.

Guitarist and vocalist Corporate Death says: “We haven’t been back to the UK in several years but Bloodstock is exactly where Macabre should play if you know our music.”

Wintersun will also play the Sophie Lancaster stage and will showcase some material from their upcoming album The Forest Seasons.

The band say in a statement: “It’ll be great to come back to the atmospheric Bloodstock. We had a blast in 2011, but this year is extra special since we’re going to play new music. See you in August.”

Egyptian outfit Scarab are currently working on their album Martyrs Of The Storm, and will also play the Sophie stage.

Tickets for the weekend are available via the Bloodstock website.