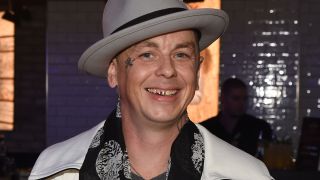 Sid Wilson is to release a new solo album next month.

Wilson revealed the news on Instagram, where he also previewed one of the tracks from the record.

Wilson said the project was “a metaphoric creative representation of the heart and mind inside a body of work known as the artist ‘SID’.

On Friday last week, Slipknot announced initial details of Knotfest At Sea, which will set sail from Barcelona on August 10. Slipknot will play two sets over the four-day cruise, with further artists to be revealed in due course.

Slipknot will head back on the road across South America later this month – a run of shows that will include Knotfest Mexico and Knotfest Colombia before returning to the UK and Europe in early 2020.

They'll also take Knotfest to Japan in March next year.