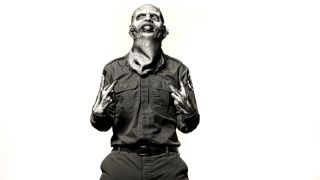 Slipknot will tour North America with support from Marilyn Manson and Of Mice & Men this summer.

No dates have been announced as yet, but Manson has revealed a list of 34 cities that the tour will visit and Slipknot say fans will be able access a pre-sale if they download their Slipknot: Outside the Nine app.

Full details on the dates and ticket prices are expected to be released to the wider public in the coming weeks.

Slipknot released latest album .5: The Gray Chapter in 2014, while Manson’s latest effort The Pale Emperor was issued in early 2015. Of Mice & Men unveiled Restoring Force in 2014.