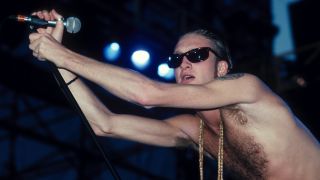 The late Alice In Chains vocalist, Layne Staley was given his own official day today in Seattle, Washington.

Born on August 22, 1967, Stayley was the original lead vocalist of influential Seattle grunge metallers, Alice In Chains, as well as grunge supergroup Mad Season and would have turned 52 years old today.

Tragically, the frontman passed away from a heroin overdose in 2002 at the age of 34, after shying away from the public eye for many years.

Today, the mayor of Seattle, Washington, Jenny Durkan proclaimed August 22, 2019 as “Layne Staley Day” within the city, as chance to remember the singer's contributions to the world of heavy music and to call to attention to the Layne Staley Memorial Fund, which was established by his parents in 2002.

As the original stomping ground of Alice In Chains, the city hold a gathering at International Fountain in Seattle Center at 7:00 PM on the frontman's birthday, with members of Staley's family in attendance for a "meet and greet".

This year, various other events have been organised in aid of the official Layne Staley Day, including an acoustic performance from Alice In Chains tribute act Jar of Flies, and special guests Outshined (a Chris Cornell tribute act) and Washed In Black (a tribute to Pearl Jam).

Tribute shows are also scheduled for Friday and Saturday night at local venue, The Crocodile.