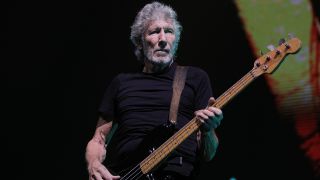 Roger Waters has announced that his Us + Them concert film will head to cinemas later this year.

The former Pink Floyd man toured across North America, the UK and Europe throughout 2017 and 2018 – with the film captured during his four-night stop at Amsterdam's Ziggo Dome on June 18, 19, 22 and 23 last year.

The movie was co-directed by Waters and Sean Evans, who was also behind the 2014 concert film of Waters’ tour of The Wall.

“Filmed in Amsterdam on the European leg of his 2017/ 2018 Us + Them tour, which saw Waters perform to over two million people worldwide, the film features songs from his legendary Pink Floyd albums The Dark Side Of The Moon, The Wall, Animals and Wish You Were Here, and from his last album, Is This The Life We Really Want?.

“Waters collaborates once more with Sean Evans, visionary director of the highly acclaimed movie, Roger Waters The Wall, to deliver this creatively pioneering film that inspires with its powerful music and message of human rights, liberty and love.”

Us + Them will be screened across the world on October 2 and 6, with fans encouraged to sign up for for further information through the film’s official website.

Tickets will go on sale from July 17.