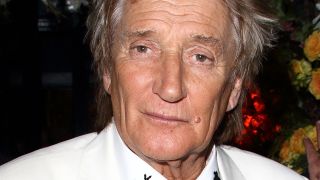 Rod Stewart has revealed he’s now cancer free after being diagnosed with the disease two years ago.

The Mirror report that Stewart was told he had prostate cancer during a routine checkup – but the vocalist kept the news quiet until Saturday evening, when he played a benefit show for the Prostate Project and European Tour Foundation with Ronnie Wood and Kenney Jones.

He told the crowd at the Wentworth Club in Surrey: “Two years ago I was diagnosed with prostate cancer. No one knows this, but I thought this was about time I told everybody.

“I’m in the clear now, simply because I caught it early. I have so many tests and things."

Stewart added: “Guys, you’ve got to really go to the doctor. If you’re positive and you work through it and you keep a smile on your face. I mean, I’ve worked for two years and I’ve just been happy – and the good lord looked after me.”

Rolling Stones guitarist Wood underwent keyhole surgery in May 2017 to have a lesion on his lung removed and was given the all clear in March 2018 after months of check ups.

He told The Metro: "If your body is riddled with cancer, it’s a losing cause. Luckily, all mine was contained within the left lung and I was fortunate enough to get shot of it. There was none in the rest of my body so I didn’t require chemo.”