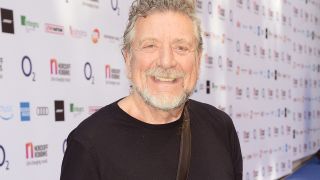 The show will be hosted by journalist, Matt Everitt and will see Plant look back at the moments, people and places that have inspired him throughout his career, both with Led Zeppelin and as a solo artist.

The first episode will be released on June 3 through Spotify, iTunes, YouTube, Acast and Deezer.

Plant says: "Everybody has a back catalogue, and you do tend, as artists, to only deal in the very front end of it. But then, now and again, down the line, opening up some of the songs, and looking back at them, I marvel at some of it, and how nuts some of it is.

“For this podcast, I am going to be picking out some songs from here and there along the way mixing constant shifts in sound and intention from across this long old time."

He adds: "Since 1981 I’ve enjoyed many amazing, exciting musicians. Men and women who have encouraged and enlightened, introducing me to crazy curves I could never have imagined.”

Earlier this month, it was revealed that a new documentary about Led Zeppelin was in the works. The Bernard MacMahon-directed film will chart the band’s early days through to 1970 and will feature new interviews with Plant, Jimmy Page and John Paul Jones, along with archived interviews with John Bonham.

In February, Plant played live in the UK with his new band Saving Grace when they were invited out on the road by Fairport Convention.

Plant’s last studio album was 2017’s Carry Fire and he and The Sensational Space Shifters have several shows planned over the summer and beyond.