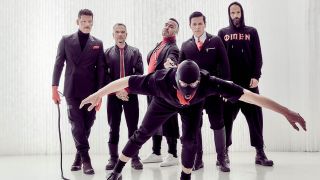 Rammstein are no strangers when it comes to causing controversy.

They've been known to send people into a panic with their graphic music videos, but an incident in Hungary this week involving the band, can’t exactly be blamed on them directly.

Euronews report that owners of the under construction Puskas Arena in Budapest were forced to apologise to local residents after the band’s track Deutschland was left blaring out of the stadium’s sound system on repeat deep into the night.

Disgruntled residents simply couldn’t escape the track from the band’s latest self-titled album, with a spokesperson from the arena saying sorry on Facebook for the “unpleasant noise” which drifted through the air.

The apology read: “There was an unpleasant noise from Monday to Tuesday which was caused by a technical error, according to the contractor. Necessary steps have been taken to ensure that such a case does not happen again.

“We are sure that the world-class arena, which will be ready by mid-November, and the new green land around it will make it up to the residents.

“We apologise to the residents of the surrounding streets for the inconvenience caused.”

Deutschland caused a bit of a stir when it debuted back in March thanks to its complex, near 10-minute video. So much so, that Metal Hammer enlisted an Oxford University professor to explain exactly what was going on.