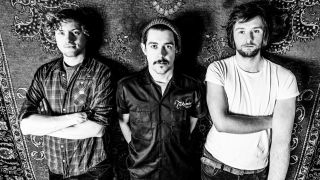 Poly-Math have announced details of their upcoming Melencolia mini-album.

The three-track recording comes on the back of 2015 EP Reptiles and will be released on April 8 via Superstar Destroyer Records.

The band say: “We were much less afraid to lean on our prog and post-rock roots than we have been previously. It allows us to deal with our songs as movements or pieces.”