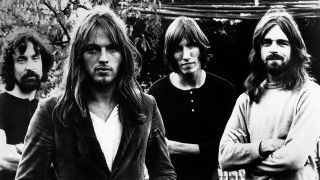 Pink Floyd will be streaming a live 1970 set filmed by cable TV company KQED in San Francisco in April 1970 this evening at 5pm via their You Tube Channel. The band are streaming a new live performance every Friday during lockdown as part of the @YouTube Film Festival until May 17th.

An Hour Of Pink Floyd features the band performing the likes of Atom Heart Mother, Set The Controls For The Heart Of The Sun, Careful With That Axe Eugene and more and was featured in The Early Years 1965-1972 box set and will appear as part of the @YouTube Film Festival for a period of 24 hours only.

If you know of any upcoming prog-friendly streams, please e-mail us at: prog@futurenet.com and we'll add you to our listings.

Stay safe, stay in and prog on.