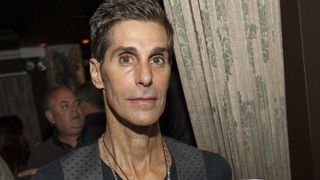 Jane’s Addiction frontman Perry Farrell is starting to hate what his Lollapalooza festival has become – and he’s planning to quit because of it.

He says he’s reduced to cringing when he thinks of the electronic dance acts that appear on Perry’s, the stage named after him, 25 years after he conceived the event as his band’s farewell tour.

Lollapalooza was launched in 1991 as a single-day travelling festival featuring Jane’s Addiction, Nine Inch Nails, Living Colour and others. Since its revamp in 2005 it’s featuring electronic music alongside rock, with this year’s lineup featuring the Red Hot Chili Peppers and Radiohead alongside Lana Del Rey, Major Lazer and others.

Farrell tells the Chicago Tribune: “When they wanted to name a stage after me I was honoured. But now you say, ‘Perry, what’s going on with your area here?’

“Believe me, I’ve got questions myself. I hate EDM. I want to vomit it out of my nostrils. I can’t stand what it did to what I love, which is house music – meditative, pyschedlic, it took you on a journey.

“I sometimes cringe at my own festival.”

Lollapalooza partner Charlie Jones argues: “The festival had to evolve to stay relevant. If we had the same genres as in 2005 there wouldn’t be 400,000 people attending this year. Our job is to embrace change, evolve and adapt.”

But Farrell is planning to move on and launch a fresh “scene-making” event, which he expects to debut in 2018. “Lolla started out as a scene for the alternative kids,” he says.

“Rolling Stone called it a ‘cash cow’ in 1995. I can’t say they were wrong. There’s nothing I can do about it except try to keep it sweet, truthful, honest.

“That’s one way to win. The other is, you start something else.”

But he insists it won’t feature in his new project if he can help it: “I hope I will keep EDM at the door. They will be turned away.”

Jane’s Addiction are nearing the end of a brief US tour that includes an appearance at Lollapalooza on July 30.

Jane's Addiction: "The first alternative band to break - not Nirvana"