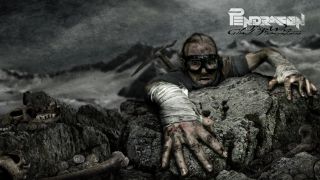 It’s to be released on October 6 as a double-disc album including a live show by mainman Nick Barrett. It’s their first recorded work with drummer Craig Blundell, who replaced Nick Higham earlier this year.

Describing the music as “very melodic,” Barrett recently said of the storyline: “Sometimes I get asked to write a detailed description of what all the songs are about. It takes about two hours. This time I thought, ‘Sod it – what it’s all about is in the lyrics! Leave it to people to find their own dimension in it; it’s much more fun.”

The follow-up to 2011’s Passion is available for pre-order now. Pendragon play three shows as part of a European tour: