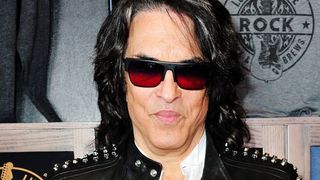 Paul Stanley thinks Kiss should make another album – even though he admits fans are “not interested” in new material.

The frontman says the follow-up to 2012’s Monster would only be worth making if the band felt a creative desire to do so – as fans simply tolerate new material from classic rock bands rather than anticipate it.

Stanley tells Miles Schuman: “It’s only worth doing it if, artistically, you want to do it. Every time we finish an album, I kind of go, ‘Well, that’s it.’

“Then, a few years later, it was, like, ‘Wow, why don’t we dig deeper and get a little closer to the roots and the people that we loved and kind of do something else,’ so we did that, and then I said, ‘We’re done.’

“Lately I’ve been thinking, yeah, we should do another. But there’s no secret that when anybody who’s considered classic or of our generation does a new album, most people are not interested in hearing that stuff – they tolerate it at best.”

“So I’m aware that doing an album is more for my own satisfaction than anybody else’s. That being said, if I don’t feel the need to do it, then there’s no need to do it.”

Kiss recently released their own encyclopaedia.