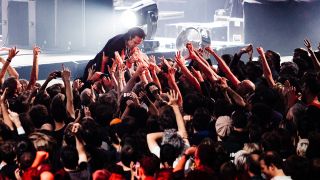 Nick Cave And The Bad Seeds have announced a 2020 tour.

They’ve lined up the run in support of the recently released album Ghosteen, with Cave and co planning a total of 32 performances, kicking off in Lisbon on April 22 and wrapping up with a set in Tel Aviv on June 17.

Tickets for the tour will go on sale from 10am local time on October 25, with the Paris sale getting underway on October 28, while the Tel Aviv date will be available on October 22.

Tickets will be available through Nick Cave's official website.

Ghosteen was a surprise release, with Cave only letting news of the album slip on his website at the end of September.

It’s seen as the third and final part of a trilogy which started with 2013’s Push The Sky Away and continued with 2016's Skeleton Tree.