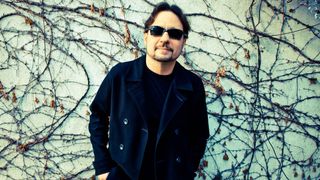 Lombardo tells Rolling Stone: “The Misfits created the horror punk attitude and had a massive influence on modern rock, punk and metal. It was an easy decision for me to join them for these monumental shows. I was honoured to be asked, and am very excited to be playing with the band.”

Danzig adds: “I first met Dave back in 1988 when Danzig did four shows with Slayer in the US, before the first Danzig album was released. Dave is one of the best drummers around, and I can’t wait for everyone to see him pounding Misfits songs live for these special shows.”

Only says when he and Danzig were talking about potential drummers for the live dates, they were both on the same page when Lombardo’s name came up.

He adds: “I think the darker side of punk we created with the Misfits spawned the growth and evolution of punk into thrash, and sired bands like Metallica and Slayer, just as we inspired countless others in the punk revolution.”

Earlier this month, Only said he and the band understood what fans expect from them when Misfits return to the stage together – and vowed they’d deliver.

He added: “If we can live up to, and exceed, what people believed us to be, we’re going to try and keep going.”

Lombardo has been on the road with Suicidal Tendencies and will appear on their 12th album World Gone Mad, which is out on September 30.

Tales From The Crypt: The return of The Misfits