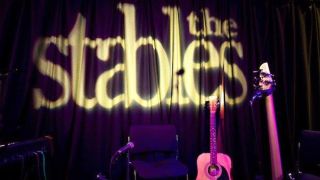 Established music and arts venue The Stables in Milton Keynes, England, is appealing for support after plans for flats opposite the building were unveiled.

Management are concerned that if the building project goes ahead, noise regulations could affect the venue’s future, in a case similar to those faced by Bristol’s Thekla last year.

Chief executive and artistic director of The Stables, Monica R. Ferguson, says: For several years, The Stables has been trying to work with Milton Keynes Council to protect the environment around the site from encroaching development that may threaten our future viability.

“I am sad to report that we have already lost the battle to retain a green buffer on the north side of the venue and the new housing development planned by Crest Nicholson on this site includes the provision of two permanent play parks on the field, previously used for our National Youth Music Camps, held every summer since 1970.

“Now we are faced with an even greater threat from development to the west of the venue, with a housing scheme planned by Abbey Developments that will see three-storey flats built directly opposite The Stables, overlooking the main entrance if it is allowed to proceed.”

The location of The Stables:

Ferguson continues: “The implications of this for us are significant. Many of you may be aware of the news of music venues across the country being forced to close because housing developers have moved in to build adjacent to venues and then residents have subsequently complained about noise and nuisance.

“When this happens licensing constraints are put on the venues often making the operation unsustainable.”

Ferguson urges those concerned by the news to contact the local council by email expressing their concerns, quoting planning reference: 18/01304/REM. Alternatively, comments can also be submitted through local government.

For full details, along with letter templates and addresses, visit The Stables website. Concerns must be raised by tomorrow (June 20).